Please do not spread this ROM over the net as it is only a photo of the development, and it can change pretty often (no need to fllod ROM site with many versions of the same thing...). It is better to refer to this itch.io page.

This year's theme is "Future", but that's future with a twist. Think about how the future would have been imagined back in the 1990s when this console was new. Think of the retro movie posters and the games at the time and imagine them 50 years forward. Flying cars, space exploration, living on the moon, visiting other planets, intelligent robots, blasters and mind control, plus many other wonderful things that were yet to come. We're talking about what the 2040s would look like if you were living in the 90s.

This is my itch.io page for the game I intend to submit to the contest.

Right now, it is only some routines and placeholder written since the start of the competition. I hope to keep this page as a dev log during the project. Not sure I will it up to date, but I will try to do my best.

Basically, I start from a white page, and don't want to engrave everything on marble before starting to code, so this can really start in every direction, or this can end to a game very different from my first ideas or even finish in a trashbin...

As assets, I started with some great free assets from itch.io creators, I will keep the list up to date here, and thanks every author that will finally be included in the game.

Of course, as Lynx resolution is very tiny (160x102, 16 colors), I have to rework graphs, so I apologize for any degradation made to the original material (I'm not an artist or even a graphist as you will be able to see)

Music and ambiance SFX are another problems, Lynx memory is very scarce, so I hope to be able to include some SFX, and maybe music, but this is not the main point right now.

The scenario is not written yet but here are the basis :

The game held in 2037 (I have been told that CyberPunk 2077 is alredy trademarked), in a Cyberpunk like environment. I guess I will have to reread Swap Swap from Richard Canal, but the main idea probably come from this book (and my memory from my reading 30 years ago). You wake up as an amnesic, your brain has been swapped by someone else so you have to discover who and why. You can get for cheap a techbrain module that gives you a kind of Humphrey Bogart personnality (at least a detective appearance), and you go outside to explore New Casablanca (even if it is in Morocco as far as I know).

My intention is to add some light RPG flavor, scenario (with text, probably lot of text, maybe in English - I don't why people outside of France tend to use a language learned in school), action phases, mini games (hacking an electronic device, break a computer and collect data - kind like a reinterpretation of the Neuromancer Matrix sequence but in 2D with lot of alcool).

This being said, it is quite obvious it won't be possible to deliver the game in 4 months for the deadline, or even before 2037 (remember, the Lynx RAM is only 64kb, and my plan is to stay under the 256kb ROM limit)...

Assets use in alpha version : 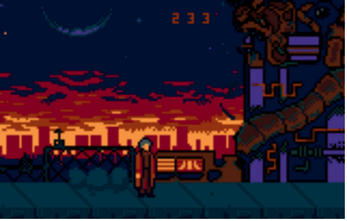 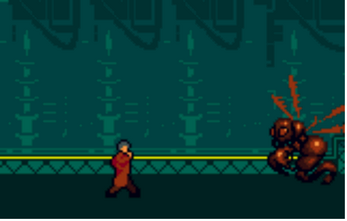 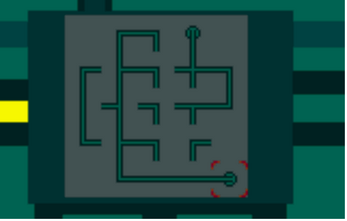 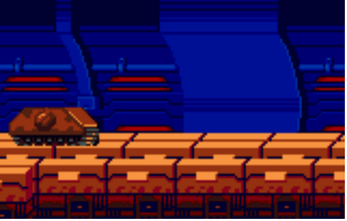