A downloadable game for Windows, macOS, Linux, and Android

My first intention was to sell digital (via itch.io) and physical games.

But with all this madness, I guess we need to take care each other, and we need some gardening. So digital is (and will remains) free. Physical relase should come when everything will be back to normal.

This version may not be the final one, some minors changes (bugs, audible music - don't be afraid about pressing Option 2 in order to mute music) may be added in the near future before official release.

A Bug's Lynx is an Atari Lynx ROM intended to be played on real Lynx via a flashcard or on an emulator on other devices.

A physical edition is intended in the future, but you can get digital edition via itch.io.

The Songbird release have new songs (and reworked existing ones), improvements on gameplay (a bit more punchy) but levels remains the same.

In A Bug’s Lynx, you play a young butterfly during its first year of life, exploring 40 gardens through the 4 seasons.

Many traps await you, including other bugs lurking in the garden trying to catch you.

Be wise and use all the gardens features and traps to your benefit. In order to go to the next garden, you must collect all the scattered pills. Collect flowers to earn more points, and enjoy life – a butterfly’s life is so short…

The game cartridge saves your progress. Selection of the starting season is available once you have unlocked the corresponding season while playing.

During Spring, the gardens are full of life. You’ll soon discover the gardeners had a wonderful idea – they installed rotating doors everywhere.

You can use these mechanisms, but the bugs chasing you cannot. So, exploit the garden layouts for your profit – to hide yourself or to isolate nasty bugs.

In some gardens, gardeners (who were probably hardcore retrogamers) put some nice exits, allowing you to travel from one side of the garden to the other. The bugs cannot follow you through these.

In Summer, the sun is blazing hot. Bushes will offer you a welcomed shadow and protection. Bugs will not dare to follow you under the bushes.

So they offer you some rest, or an entrance to quieter zones.

In Autumn, spiders come out to weave their webs.
Fortunately, you will not have to encounter these scary creatures, but their webs will slow you down, while they will have no effect on other bugs.

In Winter, the cold sets in and ice forms on the paths of the gardens. As a butterfly, it won’t affect you, but crawling bugs will slide over ice and become much faster.

Fortunately, once they start to slide, they cannot change direction and slide until the end of the ice, allowing you to dodge them if an exit is avalaible

Thanks to everyone who supported this project, even when it was put on ice, and to people who helped me to complete it.

Thanks you for respecting homebrew authors. Do not share or resell stuf you are not entitled to. It can kill a project. It could have kill this one. 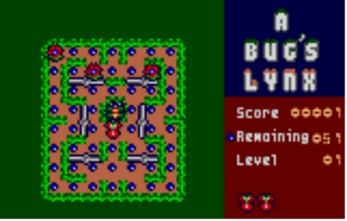 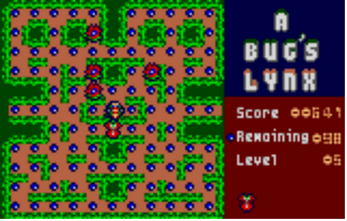 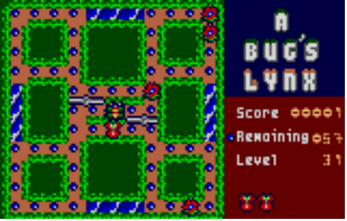 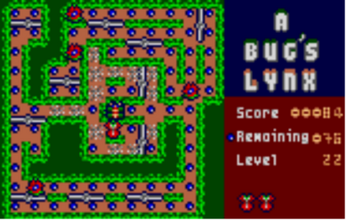 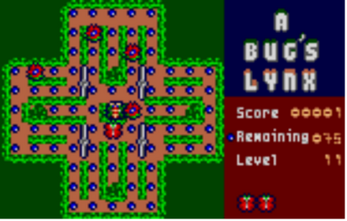 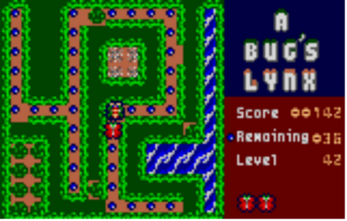