This game is version 0.6 of the game submitted to the NesDev compo 2021. It is playable via jsnes emulator on itch.io.

In single mode, you play on only one playfield. Your goal is to make lines.

But there is a twist, the ball will help you or crush your better plans. It is up to you to decide how to manage the ball, will you use it as a destruction ally, or try to protect your construction ?

Each time a line is made, or a brick is destroyed by the ball, the jauge on the left rise : 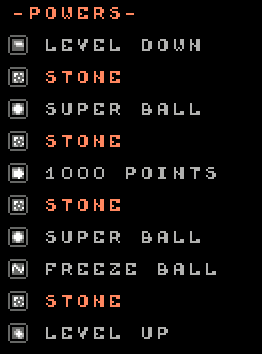 Use Select button to activate the power-up.

In Special mode, you play on two playfields alternatively. Each time the ball destroy a brick on one playfield, it is recreated on the other one.

There is no power-up, but special brick appears randomly in the playfield. Once destroyed by the ball, the special effet is set : 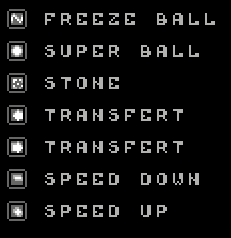 In Story mode, your goal will be to explore a level, and play different challenges.
In this beta release, there is only 1 screen and 9 challenges available, so the difficulty ramp up quite quickly.

You start your journey as Leaf (spirit of Air), and playing challenges, you will get more abilities and power. You will also meet the spirit of Fire and Water, and pay their respective avatar.

Each avatar has its own power-up :

Right now, there is only 1 screen and he is quite straightforward, but expect more screens, and more exploration/puzzles in final release.

A challenge is always base on the same goal : help Leaf to escape from the left screen before the 2 minutes chrono is over,  by making lines on the right screen, but there can be some obstacle on your road :

Screenshot of Leval 9 show a nightmare example of what has to be done, first you must make a 2 line combo at the bottom of the playfield, than make 8 lines in order to succeede (tip : I did not succeed this time :D).

Note : Avatars and power-ups are inspired by my previous Atari Lynx game : Ynxa, which is a puzzle/exploration platform game, and will get an updated physical release later this year via Coté Gamers. So both Ynxa and Upsad Down are set in the same universe. 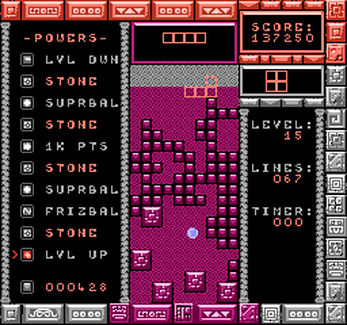 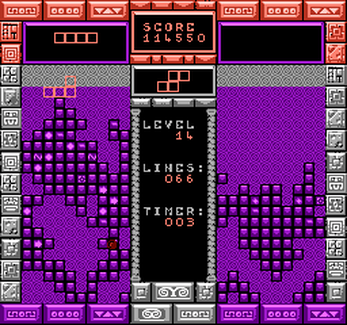 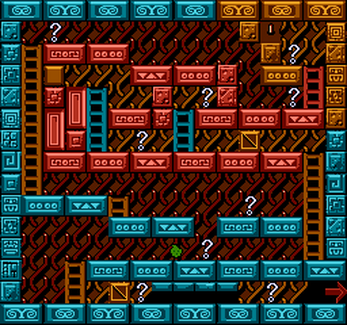 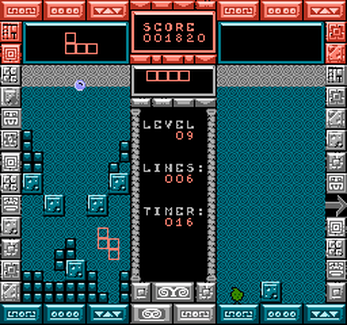