Raid on Tricity is an Atari Lynx ROM intended to be played on real Lynx via a flashcard or on an emulator on other devices.

The game come in 2 versions :

What's new in Raid on TriCity - First Impact, compared to the previous version:

If you have ever play a Tetris clone game, you know how to score : you gain points when a line is complete, the more lines made at the same time, the more points you get.

If you have ever play a shoot'em up game, you know the basis of the game play : just move and shoot. You can move on every brick of the board, you can shoot falling bricks. There are some bonuses that can be collected once down, some other that need to be shoot. There are also some malus, destroy them before they are down or deal with them :

Pause will display an help screen.

Thank you to everyone who supported this project, in particular Der Luchs, who resuscitated it with its superb music. 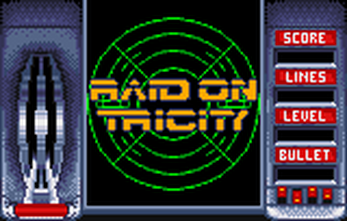 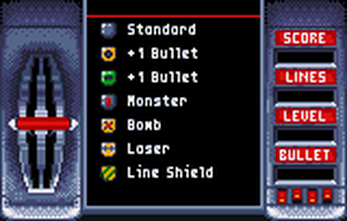 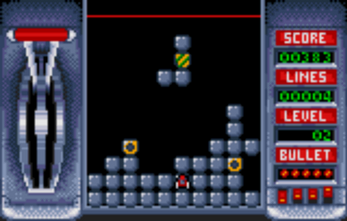 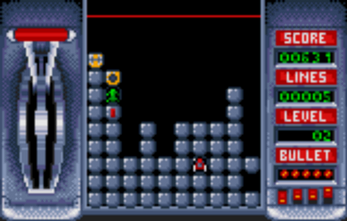 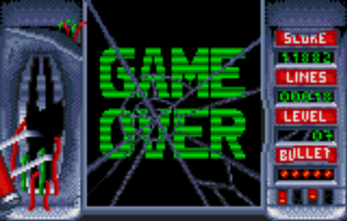